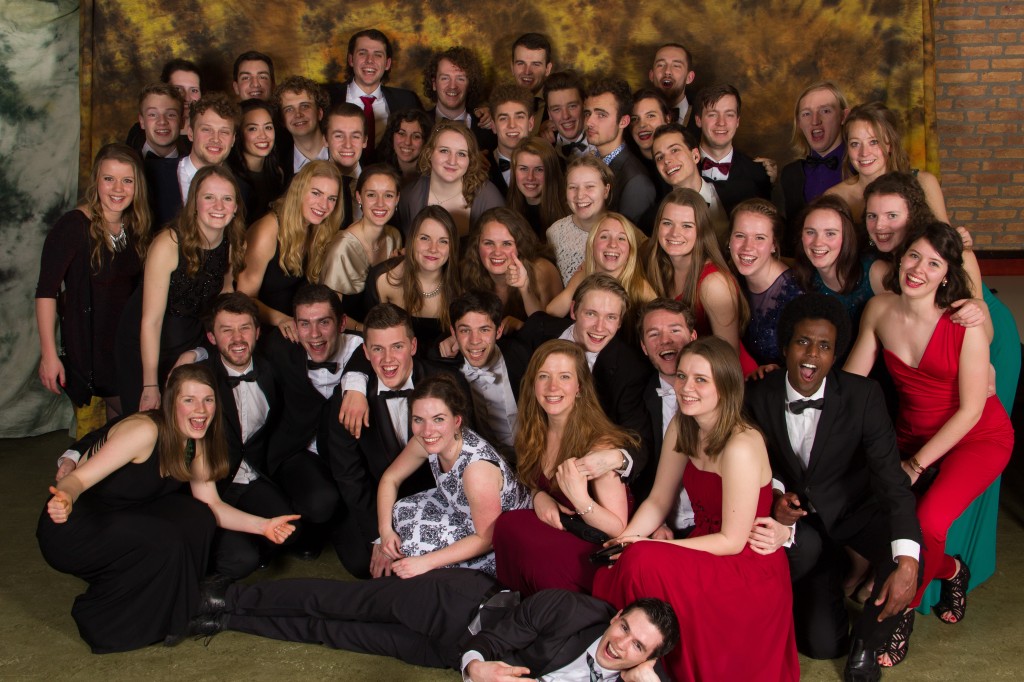 I am a huge fan of proms. At the grammar school I went to, it was expected of you to go to prom every single year of your high school years. That means I’ve gone to six(!) proms during that period of my life. And every year, the excitement for it got higher. The dress-search was one of my favourite parts. God forbid you went to your prom in the same dress as last year, everyone would stare at you! (In fact only your absolute best friends would recognize it. I was quite oblivious at the time.) Prom always took place during Christmas time, so November and December were spent hunting for the ultimate prom dress. My friends can confirm that I’m still such a fan of proms that I start looking for dresses yet again in November, even though proms at uni are usually held in March/April. I’m in my second year of university now and this year was my first prom at (any) university. However, I already have two prom dresses hanging in my closet since starting uni. However that happened? Cancelling prom in my first year last minute and the inability to stop myself from prom shopping this year (I don’t have a problem…)

The thing that made prom the most exciting during high school was the handing out of roses. Each boy was given a rose upon entering the prom location, which he had to give to a girl. This was tradition. I was always utterly disappointed to find many roses thrown on the ground, but I can understand now that maybe the pressure was just very high for these 12-17 year old boys.. Because when a boy did give his rose to a certain girl, well… the speculations and gossip would start. (I’m honestly not making this up. This is very serious.) Indecisive guys would usually end up dumping their roses in the hands of popular girls (or as said before: on the ground), some would jokingly give them to their guy friends or decorate their own suit and hair with it: all the roses met quite various fates. One year I had invited a guy whom I liked incredibly much and was gutted to find out that upon entrance, he hadn’t received a rose: so I stole a rose somewhere and broke tradition by giving it to him. It got me all sorts of looks. I then realized how stupid this boy-to-girl-rose tradition actually was. Still, the stories that it created were very good.

Already two weeks ago, the FNWI prom took place in the Kolpinghuis. What stories would be created here? Would new juicy couples be formed, extravagant dresses be shown and bonds be made between different students’ associations? With these thoughts in my head, I entered the Kolpinghuis with my best friend (hoi Daphne). The venue wasn’t all too big or magnificent in that matter, but nicely decorated with some fairy lights, which always works. We made it to the bar first. I remember the beer to be just that, beer. Perfectly fine beer, nothing to comment on there. Especially the first two beers tasted splendid. Maybe others have had the same experience.

The prom wasn’t all too busy at first, so I wondered exactly how many CognAC-ers would come. Not that it really mattered: CognAC’s sunshine was already there in the form of Jake van Overbeek. A little live band played music, from Amy Winehouse to Foo Fighters to Adele. I remember quite clearly someone told me this band was composed just for this prom but I have no memory of who gave me this information. It was a bit noticeable here and there – but some sound ‘’difficulties’’ didn’t stop most people from enjoying it (sorry to hear you didn’t really like it Berend: also, however did you manage to break the stage a little while after the band’s performance?). After a good amount of songs, a DJ took over and first plans were made for all CognAC-ers to assemble for a group photo. We were now with about 50 CognAC-ers! It was fun to see how well each year of students blended with students from other years on the dancefloor. Arjan showed everyone once again how well he knows the lyrics to every single song. 239 hours and 1893 songs of waiting later, it was finally our turn to take a photo: which turned out great despite missing a few dear AI-ers. Looking at this photo, a few things can be concluded fashionwise (because why not):

- Boys always wear suits to proms. Not a single guy can be spotted wearing a dress. Oh, and they mostly wear bow ties too (bow ties are cool).

- Girls tend to pick out dark blue’s and blacks rather than bright colours for their dresses. An occasional red dress can be found. Most dresses are long. Most girls are way better with make-up and a curling iron than I am. I envy thee, girls.

Looking at the photo another thing can be concluded with relation to the atmosphere: we were all having a lot of fun.

Somebody who had less fun was Yana, after she got killed during a visit to the ladies room: which brings me to my next subject. Probably the hottest topic during this prom, and at the same time the topic which caused the most gossip and scandal wasn’t a rose-tradition, it was our very own “Gotcha”. Murder and conspiracies were in full action during this prom. People who were still in the game did best by not leaving another AI-er’s side. Some dirty looks were given, some ‘’casual’’ talk between target and hitman occurred… In other words: the game is still on.

All in all, the FNWI prom was a really fun experience, but not really that different from other parties except for causing discomfort for men in suits (the heating in the building was put on its highest, something I didn’t understand) and ladies in strapless dresses and high heels. Still, it was nice to see how everyone made an effort to look their fanciest, something that ultimately makes a prom worthwhile and fun to go to!

Now back to my neural networks I go! (Unfortunately.)