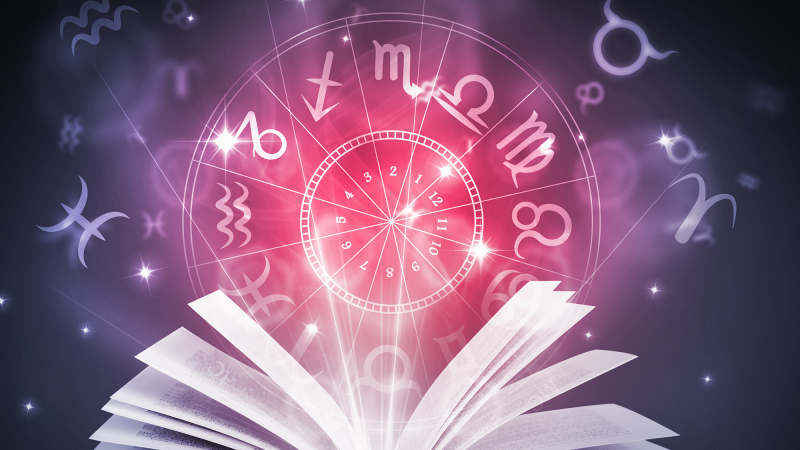 Actually written by the beloved PaparaC

This FREE horoscope is offered to you by the PaparaC's very special professional experts. Find out what this April has to offer to you!

Sorry but your April will be super boring. All events and parties are cancelled so too bad if you planned on celebrating your birthday, but that’s not gonna happen. One positive thing to take from this is that you won’t have to deal with Jennifer who you had to invite to your party because Angela made you because otherwise Britney would seriously flip out on you because you know she’s like that. Anyways, not much else happening with the quarantine and all that, though beware of going out on the eve of a full moon, the tarot readings predict you might be stupid and visit your ex. April 30th will be your luckiest day.

I’m guessing you think your prediction will be similar to Aries’ horoscope but actually you will Thrive™ in social isolation. Finally time to get round to playing that video game for six hours straight and reading that book that you’ve been meaning to for the last three years. You are going to miss your friends, but don’t worry! They will be missing the heck out of you so go catch up with them via *insert whatever media people are using to communicate now because I swear this stuff changes every week (what even is Zoom)*. The tarot readings predict nothing for you because they didn’t feel like it. Best day: 23rd of April.

I don’t know how you do it, but this April you’re going to be bored and busy at the same time. There’s so much to do! You want to finish that painting, chat with friends, call other friends, write a story, bake a pie… But you know you gotta be in the right mood for all of that stuff. It’s fine though, you can just do nothing and enjoy the sunlight. Nothing’s stopping you. Except for the feeling that you’re wasting your time… haha just kidding, that won’t actually stop you.

You will straight up not have a very good time. You live on seeing people and meeting up with lots of friends. But you just need to stay positive and keep yourself busy, try being creative or working out to pass the time. If that doesn’t work, call everyone you know all the time, and don’t worry about bothering them, they love you and they want to know how you’re doing. Also they know you’re a Drama Queen. The tarot readings predict you will be happiest sitting next to a big window or in your backyard, sipping a cup of tea and eating some homemade baked goods, while your pet comes to sit next to you. That’s not just a prediction for this month that’s just always true. Your time to shine will be on April 4th.

Close your eyes. Look at the sun. Focus. Look away. Do you see the colours? What is it that you are really missing? Take a moment for yourself. Call your plant. Water your friends. Ok now relax, you have enough time.

Let’s redirect that energy. Pick up an old hobby, or maybe learn a new skill. It’s time to do the things you never had time for.

Sometimes one wishes that life and the world would be as rule-based, thought through and clear-cut as the Minecraft world. There you can see the dangers coming (although they can sometimes explode in your face) you know what things will be worth the mining investment and is everything possible (until a height limit of 256, because the earth is flat and there is no real space, which reminds me that there is a documentary on flat-earthers on Netflix, possibly a tip). Although you haven’t been given any advice yet (and I also don’t have any), you might be primed to want to play some Minecraft right now, which is cool.

Have you ever considered what you would be doing when you wouldn’t be doing what you are doing right now? Difficult question right? Well, fruit for thought, almost as good as fruit for mouth, can help you through the day and try to get to know your house mates or family a little bit better. The question can also lead to a small existential crisis, which can be scary, so be careful. Always be careful.

April is going to be AWESOME! You’re going to have a lot of time to play Animal Crossing and finally you have an excuse to socially isolate yourself from everyone except your two best friends. One of them will keep asking you for relationship advice and the other one won’t shut up about Irish mythology, but that’s just how it be sometimes. Don’t forget to visit the supermarket, because otherwise you’ll be hungry at 2 AM without any carrot cake again, and you know that sucks.

Dear diary, this month was alright. A bit like a frozen burrito. It’s frozen… but it’s still a burrito. I discovered some new music! It was a little louder and trippier than I am used to. Halfway through the month, one of the people I live with gave me a sign. A big sign. That it was time for a redirection. A detour.

Your April will be centered around getting in touch with yourself again, exploring your needs and goals in life. As they say, one should love oneself before one can love others. Hence, embrace the self love. Buy that extra streaming service subscription, eat that expensive pint of Ben and Jerry's and treat yourself to a morning and afternoon nap!  Don’t feel bad for anything you are or aren’t doing (except for the dishes because no one likes fruit flies), as they probably won’t matter that much in 10 years anyway. Just try to enjoy life as much as possible each and every day.

No limits. You can do anything and everything your heart desires. The chains that once bound your soul have been annihilated. Rise up. Z̸̳̳̍͋͂̋Ä̮̼̠̭͍͑͜͡L̢̻̪͕̑ͥ͊̇̒̾̐ͣ͟͝Ḡ̨̠̏̓ͯ̇ͮ̃̚͜͜O̴̙̤̯͈̯̳̍͊͌̍͑̚͝ͅ needs your allegiance. HE CAN NOT BE SATISFIED WITHOUT YOUR ENERGY. D͏̢͎̱̟̘͓̰͍̥͙̣̮̳̲͖̟͜͟E͏҉҉̬̗͈͚̩̝͖͍̖͕̯̜̱͕À̷̢̯̝̫͚̕͞ͅT̸̬͕͖̼̝͕̦̗̝̘̹̣̯̀͝͡ͅH̗̭̤͟ ̣̲͈̟͔̼̲̦̺͇̤̟͢͝ͅT̡͈͚͈̙͎̼̫̘̝̜͕̀͘͞Ợ̘̟͇͍ ̛̱̦͍̭͕͍̝̙͇͇͔̤̭̙̬͓̝̺̯͘͡T̨̙̯̞̜̠͈̬͖͈̳̠̘͈͢͠͝H̶̢̨̻̟̙͈̯̥͙͇̭̤̬ͅͅO̴̢̞̮͖̖͍̰̩͖̬̯̹̘̞̺̪͚̕ͅS͏̨͍̳̪̮̥̞̯̜̲̘̝͍̤͈̞͓͞E̴̛̛͍̳͔̬̞̮̣̳̙̼̫͘͢ ̫͇̮͇̤̜̣̟̯̲̯̘͘̕͘͞ͅW̷̢͉͚̼̠͡H̴̫̞̰̟͈͉̹̦̤̥̟̭̹̬͢O̵҉̶̗͕̠͕̯̗̙̝̤̻̼̦́͢ ̶̵̶̡̢͍͕̱͓̥͍͙̣̜̮͙͎͍̟̘̜ͅͅD̡̛̰̱͍͇̞̩̺͍͞͝Ę̸̶̛͏̩̙̠̦̦F̢̢̤̪͉̞̝͜Y̛̼͎̲͓̯͇̠͠ ̶̬̦͈̹̦̤̠̪̬̠͉̩͉̰̝͖͓͇̺͟͜͞H̶̢̢̙̯̟͇̰̩̖͔̱̼͓͍̥̰̻̰̙͕̕͟ͅI̶̧̻̹͓̯͟͝M̛̛͉̦̪̺̯̝̹̱̖̲͙̪̭̯͜ . Maybe you should finish your to-do list. An organised life is an organised mind.  Any pancakes that you bake during this month will probably be tastier than normal. Maybe. On the 23rd you will get a stern reminder that you need to take out the trash. Ew, gross.

Because you are apparently very special, you receive three pieces of advice for this month:

- Good things will happen if you put on your favourite socks on the 12th of April: maybe you will meet the love of your life, or maybe you'll be able to sharpen a pencil perfectly.

- Beware of the wolves with golden eyes: everything you tell them will be used against you...

- Think about life, about the things that are dear to you. Your best friends? Your hopes and dreams? Chocolate chip cookies? The feeling when you lie down in grass that makes you feel a bit more alive? Drinking soy milk while listening to cello music and looking at pictures of cute dogs? Hold on to those things.