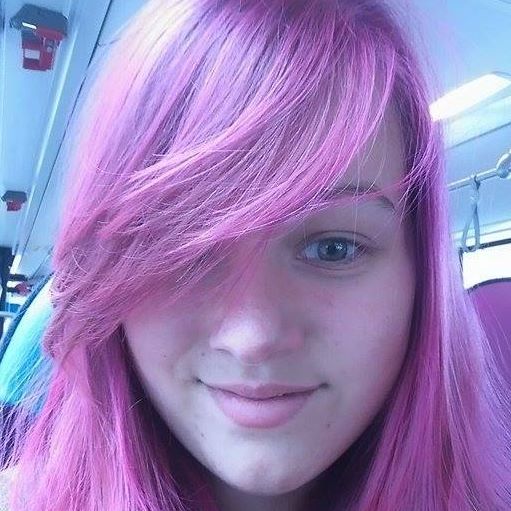 Esra, 20 years old, and first year AI student, was the AI* of December. After becoming a CognAC member, she immediately joined three committees and is present at every, or let’s say most, CognAC activities. She is a real ‘CognAC’er’! Read on and learn about who she is and why she choose to study AI!

Where do you come from and do you have siblings?
I come from Randwijk, and have four brothers.

Where you raised there?
I never lived anywhere else. My parents recently bought a new house in the village next to ours. It was my grandmothers’ house, but she cannot live there anymore. We want to keep the house in the family, so my parents decided to buy it and move there. It is a lot bigger than our house now, but they feel like it is not a big difference and the opportunity of being able to live completely downstairs with stores nearby drew them to the house.

But they will need space for grandchildren that stay over right? Don’t you have nieces and nephews already?
Yes, three nephews and a niece, with a baby on the way (in Juli).

How many siblings do you have?
Officially I have 4 older brothers. Unfortunately one of them died when he was 6 months old. The age difference is big between my brothers and me. The one who died would have been 27 years old. The others are 31, 30 and 25.

That sounds like a big happy family!
Yes, all of my brothers visit a lot and 2 of them live very close to my parents’ house as well. And actually my oldest brother will also be moving to the village over so, my parents and my two brothers will all be living there.

I can imagine that you don’t feel like moving out then.
That’s not entirely true, Nijmegen is quite close and when my brothers where studying they didn’t move. My middle brother always travelled back and forth even though it was took 6 hours a day. But I am a little bit different then my brothers are, I’m really excited to move out and enjoy living on my own!

You are the only one who still studies?
Yes, my youngest brother is a farmer in Utrecht and my middle brother works at Mercator 3 (Building of Radboud University where a lot of companies are situated). His company worked on the telescope at the Huygens building. My oldest brother works at ING.

They do very different things, it’s nice to see everyone chose their own path. My youngest brother for example always wanted to be a farmer. And since our village is a real country village he could always be found helping at the farm across from our house. We even raised a sheep in our garden.

You got a sheep from your parents?
No, it was a lamb that was being pushed out of its family because the family was too big. The farmer gave it to my brother to raise it, with the idea he would get it back. That turned out a little different.

Why did you decide to study Artificial Intelligence in Nijmegen?
Because I had a study day with Sjors (2nd year AI). I considered a lot of studies, but after the open day of AI I thought: this is it! At that point I still needed to choose between AI in Nijmegen and Psychology and Technology in Utrecht. I actually wanted to study in Eindhoven, but they didn’t have AI. Luckily, I fell in love with Nijmegen almost instantly during the intro.

What course do you like most?
Linear algebra. Probably because it was easy and interesting at the same time. It surprised me I liked all of the math you get in the beginning, I used to hate math.

How do you like programming?
I like that a lot too. Till now I liked all courses. There are courses I wouldn’t want to do again, but I liked almost all of them.

Do you know what you want to become?
I have no clue. When I started AI, I wanted to work for game development companies to help build AI’s in games, but now I realise that I know only so little and there are so many aspects, so I’m curious what I’ll end up doing.

Why did you become a member of CognAC?
Well, during orientation they ask you to become a member almost every second. Next to that, I like to go to parties and I like that there are also study related activities organized by CognAC.

I get a feeling you like the External Committee most!
True! I guess I’m all about the money. I must honestly say I chose to be a member of the Study Committee and the External Committee because they are nice committees to put on your CV. People said those are the more boring committees, but it turns out both, and especially the external committees are a lot of fun! I just think it is so interesting to sit down with a new business and think up ways to connect them to CognAC, or with any existing sponsors and think of ways to keep them involved. For example think about our upcoming activity: Drinking on the job.

What are your hobbies?
I fitness (although I should go more often) and I like games.

So you are a gamer?
Yes , I guess you could say I am a gamer.

What games do you play?
I play all kinds of games. I don’t have a specific genre I like. Right now I like Tomb Raider, especially the last two games, but I also played Bio Shock Infinite and the Mass Effect the trilogy. Also I’m trying desperately to get better at Counter-Strike: Global Offensive.

So you are a PC gamer?
Yes, but I also have a Wii at home and a Wii u. On those I mostly play The Legend of Zelda. A while ago we found my old Nintendo SP. I got that one for Sinterklaas together with a Lizzy McGuire game, that got me hooked on Nintendo I guess. I played that game for hours and hours. That was my first ‘game’. I was 8 years old at the time.

Are there more things you like to do?
I watch a lot of series. Usually while lying in bed.

I secretly do that a lot as well! What series do you watch?
I recently watched Whose line is it anyway, I watched Psych and I recently started watching Game of Thrones. Apparently you can’t live if you haven’t seen that series, or so I’m told.

What is the most fun vacation you ever had?
I think the vacation I worked for Lego in the Efteling (Dutch fairytale theme park).

Why did you like it so much?
You are in a huge hall with only Lego, who doesn’t like that? I actually like Duplo more. The Duplo had trains. When there weren’t so many children around we build stuff for ourselves. Furthermore you needed to keep an eye on everything that happened and clean a bit afterwards. I build a huge city with Duplo. A lot of children helped me with that. The only downside was that the workdays where long and dark and there was always a super annoying CD on from LEGO world. So at the end of the day I was exhausted.

Where you allowed enjoying the Efteling yourself?
After working hours, yes! We even saw Ben Saunders perform. We also had a little car we could drive around in. It is always nice to be part of the ‘behind the scenes’. I agree. I still have my entrance pass, though I don’t think it’s still activated.

What is you guilty pleasure?
Gaming when I need to study for an exam. I always play Skyrim when I should study, or Counter-Strike: Global Offensive.