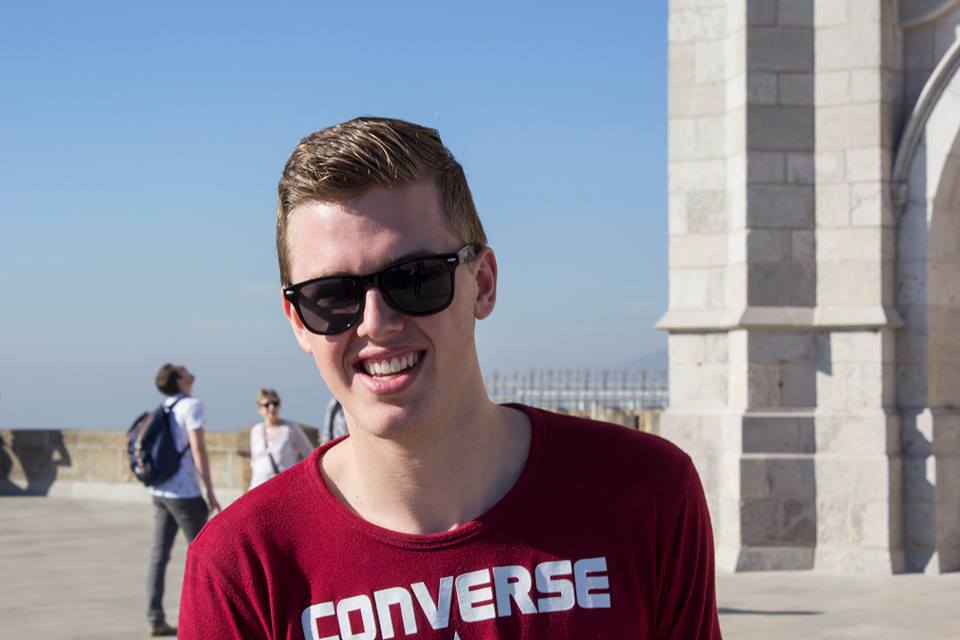 Tell me something about yourself!
My name is Jake and I am 19 years old. I’m coming from Uden, this is a place in Noord-Brabant. I have one Sister of 21 years old. Funny to know is that her birthday is the 13th of July and mine the 12th of July. Therefore I’ve always celebrated my birthday together with my sister, which wasn’t a problem for me.

Why did you decide to study Artificial Intelligence?
This is a long story. One thing was for sure: I’ve always been interested in technical things. So I visited different universities, for example the university in Eindhoven. Both the studies Electrical Engineering and Mechanical Engineering seemed interesting to me. But during the visit I found out that these studies were too technical for me. Finally, artificial intelligence got my interest, because of the combination of technology and psychology. However, I was still doubting about the university. First I enrolled in the Radboud University then I enrolled in the Rijksuniversiteit Groningen. But at the moment I had a room in Groningen I found out that the traveling between Uden en Groningen costed a lot of time, too much time! So I enrolled again in the Radboud University.

How do you see yourself in the future?
I hope that I have my own business. To reach this goal I’m going to do some courses next year that are about the business world and how to start your own business.

Why did you decide to become an active member of CognAC?
During the committee picknick in my first year some older students made me enthusiastic about CognAC, So I decided to go in the 1C. During my first year I became more and more involved in CognAC and now I’m a member of the RC, VLC, LMC, DAtA, LC, LoLCo, EC and the AC of which I’m the chairman. For me the AC and LoLCo are the nicest committees. But I should say I haven’t done much for the LoLCo this year, next year I hope I can contribute.

Okay enough about Cognac, more about you! Wat are your hobbies?
I really like volleyball. I have played if for several years. When I started with studying in Nijmegen I quitted. Since then I fitness, or…, I’m trying to.. I find it really hard to sustain. When I played volleyball I knew every Monday I should be there, so I sported every week at least once. Now I’m not forced and therefore I often skip. My plan is to fitness once a week, hopefully in the second half of the year I can force myself to do so.

Do you have already Holiday plans?
Yeah I have! I friend of me organizes every year a “Wie is de mol?”-activity. This will take place in the first week of my holiday. You can compare this activity with the real “Wie is die mol?”. We have to do different missions during the day at the end of the day we have to fill in a questionnaire, and the one who has the least answers correct should quit the game.  This person is not able to win the game anymore but is allowed to stay. So he/she can still participate in the missions.

Have you ever won?
No…

Have you ever been “de Mol”?
Yes, in the first year. In the beginning I found it funny that I could sabotage all the missions, but in the end I was relieved that I could tell everyone that I was “de Mol”. Lying every day to everyone is not one thing I really like and you have to remember all your lies otherwise they are able to unmask you.

Did someone unmask you?
Yes, but it was not because of the fact I made a wrong step, but in the questionnaire was drafted in the wrong way. Such that you could deduce that I should have been the Mol. One question was about a laser quest game in the forest. The question was: How many envelopes has the mol collected? And the possible answers were 1, 2 and 3. But all the persons who have been collected 2 envelopes were already out of the competition. And I was the only one who had collected just 1 envelope, so given this the only person that had collected 3 envelopes could deduce that I had to be “de mol”.

Is there something almost no one knows about you?
aha, yeh I have lived in Curacao from my 12th to my 15th. My stepfather worked there by then, so we moved to Curacao for 3 years. During the first weeks I really had to settle down. I lived for example 45 minutes from school so I couldn’t go by bike, this was a big difference for me. But after some weeks I had some friends and got used the new situation. In the end I really loved the country, especially the weather!

Have you ever visited Curacao again after that you went back to the Netherlands?
No, unfortunately not. I hope that I can visit Curacao soon, but there are no plans yet.

Okay two questions are left. Firstly, What is your guilty pleasure?
I listen often to really bad music as the vengaboys…

Secondly, What would be a good pet for CognAC, in your opinion?
I would give CognAC a dog! I really like dogs, in Curacao we had two dogs and since then I really love them.