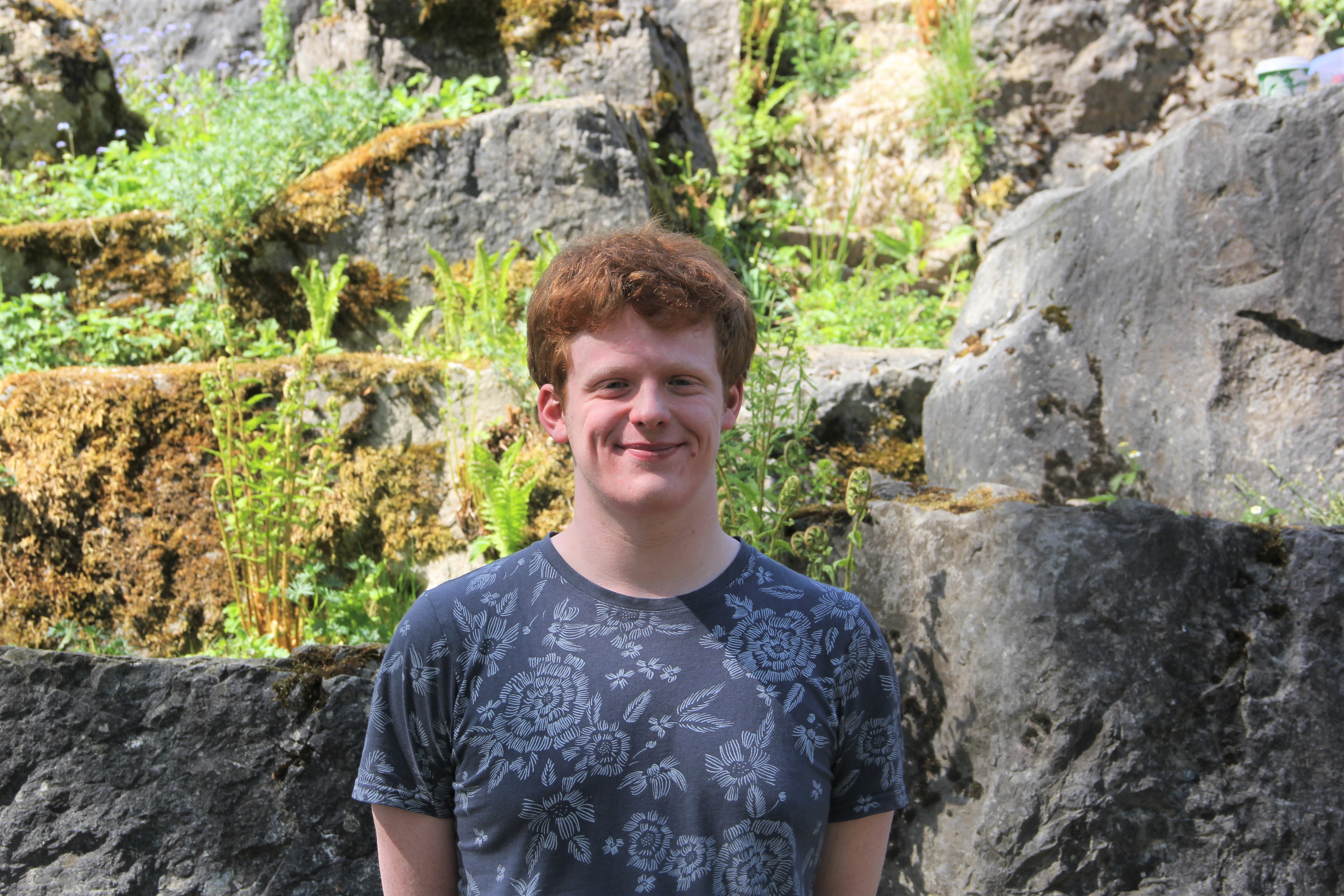 Welcome to your AI* interview! Congratulations on becoming AI*. Could you introduce yourself to our lovely members?

Ahh I hate this question haha. I am Max (he/him), 19, and I’m from England which is why I have a double surname. People ask me if I am married because of this, nope, just from England.  I am also a Covid-cohort student (important information to keep in mind).

What has your journey from England to Radboud been like?

We moved to be with the other side of the family in the Netherlands and I went to school in Arnhem. When I was checking universities, I initially went to TU Delft’s talk. It was the worst talk ever for Computing Science and thought that it wasn’t for me. I decided not to do anything with that and instead checked out a lot of talks at Radboud where AI was the last one. And as many others have mentioned, I liked Franc’s talk. But to be honest, I forgot about AI for a while, but then put it in as a second choice (also because a high-school friend of mine took AI). I didn’t get into my first choice, but in hindsight I would have hated it. Now I actually like Computing Science, and it was just that TU Delft’s talk sucked so shoutout to TU Delft for getting me here!

I’m glad you made it here haha! How are you liking AI and Radboud so far?

I’ve only now started to realise the opportunities Radboud offers (thanks Covid), so there’s a lot to try out still (e.g., the sports centre). I like the study still, although I am leaning towards CS so that’s sorted for my free electives. In hindsight, it should have been since my favourite courses are all CS. I also like RU because of their international focus.

Since you already mentioned that your favourite courses are CS, which ones are they?

I think you’re one of the few who stan OOP, interesting. Moving on from university, how is life in Nijmegen?

Well I don’t have a room yet, sip. So far it’s been nice, all my friends are close by to where I live. I have friends from school that go here, and of course people I know from CognAC. It has come to a point where if I’m not at lectures, I get texts asking me where I am. I am looking forward to seeing Nimma in the summer in its entirety because I can actually explore it better since I’ve never actually been here properly.

How was growing up in Arnhem like for you?

Well I’m not from Arnhem, but in a village near Arnhem! I went to school there that had an international focus, and it was nice to go to a school with bilingual education. It provided me good preparation for public speaking, writing, etc., which also helped with the transition to AI. It is generally also good to have internationals around!

I have a dog! (brief intermission so Ishani can die of cuteness by seeing dog pictures) I live with my brother and Mom in NL, and another brother and Dad in England. It is convenient to have family in England, so trips to England are pretty cheap for me.

How is it different being in Nijmegen and being in your hometown?

Where I live, you go to park and drink, or someone’s shed and drink. But in Nijmegen, you can go to a bar and drink or to a CognAC borrel and drink. Haven’t been to either though because my motto is ‘Don’t drink during the week, although bucket list CognAC activities don’t count’.

What sort of CognAC activities are on your bucket list?

Well I do want to go to a borrel at some point, and also the Karaoke CognAC evening. Else I’ll do it with the InC (*Karaok-inc?*) I do want to go on a city trip as well. Not a TraC trip though because I like free-balling during vacations (e.g., my trip to Krakow). I also think there should be a Mario Kart drinking game evening! A Movie night (from either the SC or Olympus!) In general, I want to try and do more with Olympus next year because I’ll be in Huygens a lot, so it would be nice to know people there. O-LANpic games was a lot of fun! I’ve never been to Beestfeest either ☹

That’s a whole lot of activities. How did you get started in CognAC?

It started off because I was annoyed that I did not know people besides mentor group, so I talked to my mentor Lelia who suggested going to a CognAC E-vening. I really liked how welcoming it was, so I kept attending more activities. At some point I became interetsed in committees, and attended an open committee meeting from the InC. They seemed like cool peeps, so I signed up for the InC. The entire thing started with “What’s the worst that can happen? F*** it!”. That’s also how I became chair of the InC. It’s a very fun mentality.

Also joined PC this year, because I wanted a more serious committee, but the people in the committee are the right amount of crazy so it was quite fun. In general, I think the PC suffered a lot due to Covid stuff, but we made it work!

As chair of the InC, what has your experience been like?

Is there a particular reason why it was your favourite organised activity?

When I was an intromentor, I had a shy international in my group, who ended up going to the activity by herself! Her mentor said she was confused about what gifts to get, but the gift that she got was incredibly sweet! She later posted on her story that she celebrated her first Sinterklaas and had a lot of fun! It was great that we had a lot of internationals, we also had Sinterklaas (shotout to Yael), and we basically recruited half the PC there. The InC can be summarised as *good vibes and memery with the aim of helping internationals*

Hahaha couldn’t have said it better myself. Are there any other committees that you’d like to try?

The GameCo, XC (which is completely different from what I’ve done so far), an Olympus committee although I don’t know which one yet. For me it’s not necessarily about the committee but rather who is in it. You can make anything fun with the right people!

Facts. Now that you’re almost a 3rd year, do you have a favourite CognAC activity?

Coming back to something you mentioned before, what was your Krakow spontaneous trip like?

It was interesting, because all we knew was the time we landed, departed and where we were going to stay. We had 3 things we wanted to do, and did not know how public transportation works. This almost cost us a fine because we had a ticket, but we didn’t know we had to activate the ticket. We did however negotiate our way out of a fine which was interesting because we had to pay 120 eur and paid 0 instead. However, we got fined for not having a ticket on the train. In hindsight, words of wisdom: figure out public transport before going somewhere. It is also close to Auschwitz which is definitely worth a visit.

So would you say it has your Max-imum recommendation?

Sadly this interview is coming to an end. Do you have any life advice, end of interview words that you would like to mention?

“What’s the worst that can happen? F*** it!”. It’s basically how I ended up in AI, to Krakow, to Split, to CognAC and it hasn’t failed me yet.

Truly words to live by! Finally, do you have any shoutouts?

Shoutout to the Inc, PC, my own intro-parents for their effort in making a fun intro during Covid, and finally the current board! Also shout-out to Ishani for this InCredible interview!! (haha cute)