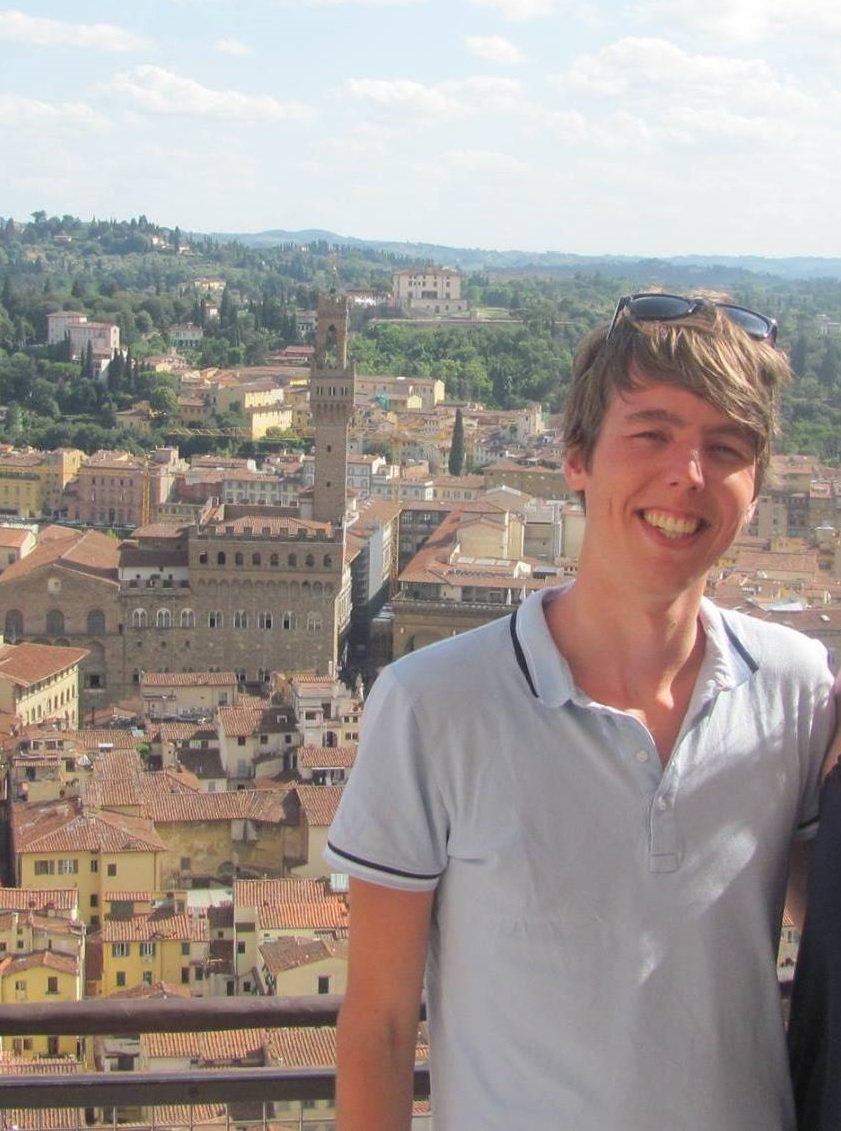 Tell me something about yourself!

How old are you? Where have you been living?
My name is Thomas and I am 24 years old. I was born in Monster, a small place close to Den Haag, and lived there during the first few years of my life. I then moved to Pijnacker, another small town close to The Hague, went to elementary school there and left shortly after to Den Haag itself. I have a younger brother, Jeroen, and a younger sister Suzanne. Oh yeah, of course I also moved to Nijmegen a couple of year ago, when I started studying Artificial Intelligence here.

Are you in a relationship?
Yes, I have a relation with Cleo, met her 1,5 years ago. At that time I was the commissary extern of CognAC and she was member of the board of Halo. We saw each other a lot of times during “constitutie borrels” and other board-events. We started having a relationship about half way through the study year.

Why did you decide to study Artificial Intelligence?
That was quite a long time ago, I reckon about 7 years, but what I am able to remember is my interests in the exact sciences, physics, chemistry, informatics but also biology. So I first started to visit several technical studies. I found out that these studies were too technical for my liking. Had a talk about Artificial Intelligence at the VU which got me interested, I especially liked the combination of IT and psychology. After all I feel like I maybe should have gone with CS in the end, since courses such as Brein and Verdieping Gedrag were my least favorite.

Which course did you like the most?
During the master there are a lot hands on courses,  for example Machine Learning in Practice, Information Retrieval, and AI on the Webscale. These courses combine theory and practice which is in my opinion a whole lot better than just learning for a test.

You have been working abroad. Where have you been?
I have been in the United States, San Francisco.  I worked for a company which was specialized in crowdfunding solar panels. They would have plans for a huge solar panel park, and would let people chip in on funding it from an amount as low as 25 dollars. I worked at the marketing department and helped them with visualizing data, so that they could improve their marketing strategy.

Was the United States one of your first experience with the world outside the Netherlands?
Not really, I travelled a lot together with my family during my childhood. I have been in several lands, both outside and in Europa. I think I have visited almost all countries in west-Europa. Outside Europa I visited Hong Kong, Australia, Thailand, Dubai, Canada, Mexico and of course America.

Which trip was the most special?
Last year I went to Prague together with Cleo, this was our first Holiday together. And I liked it very much for this reason alone, along with Prague being a beautiful city of course. I had also a special experience during a holiday two year ago. I went on a holiday to Australia with just my parents. We heard about a penguin parade and together with my mother, I visited this place. In the morning the Penguins come out of their shelter and run in the sea and in the evening they go back to their shelters. The moment that they go back is very special. Thousands of penguins came out of the sea at a certain moment with the aim to reach their shelter. However they are quite afraid so they look several times ahead and sometimes they ran back to sea and try to reach their shelter after a couple of minutes again. Watching this phenome was very special, I didn’t even now that it existed beforehand.

Why did you decide to become an active member of CognAC?
When I came back from the United States I was busy with finishing my bachelor thesis. I did this mostly in the TK. One day, everyone there was talking about applying for the board of CognAC. Two different friends of mine asked me why I did not apply for a function within the new board. I started doubting and walked into the room where the applications were held and asked if I could apply. This was actually the beginning of my active membership of CognAC. After that I was member of the WC, the MaC and the XC.

Okay two questions are left. Firstly, What is your guilty pleasure?
I love “patatjes” (fries)! I would say eating them for dinner several times a week is my guilty pleasure, currently restricting it to once a week. A year ago I jogged several times a week  together with a friend. Afterwards we would always eat patatjes. Now I’m doing exercising less, so I have to lay off the patatjes.

Secondly, What would be a good pet for CognAC, in your opinion?

I would like to give CognAC goldfish again. When I was in the board of CognAC we had two fish (Kareltje and Poes) and it is great to have living animals in the boardroom. However they both passed away :(. Poes had this strange disease, we don’t know exactly what the problem was. Instead of swimming straight, she would swim upside down rotated every time she had eaten something. We tried to help her several times, but unfortunately she passed away in the end. So there was only one fish left and the summer holiday was almost starting. We asked the doorkeeper to take care of our last fish, but he gave the fish too much food.  Since fishes eat everything they can, but can’t vomit. The fish died due to super nutrition. I would like to give CognAC new Fish but at least we should buy a larger aquarium and don't let the doorkeepter take care of the fishes.