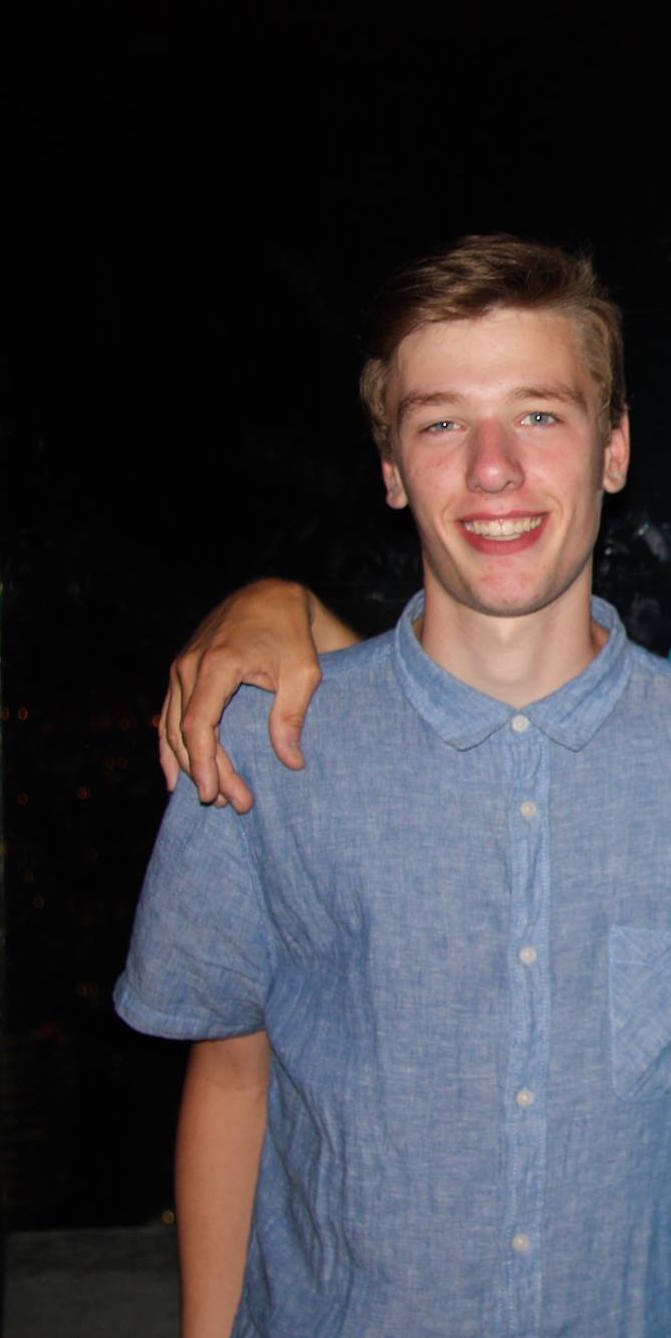 Tell us something about yourself!

I am Wessel, a third year bachelor student and have been an active member of CognAC since my first year. The first committee I was a member of was the 1C (first years committee), which was a lot of fun. We were that big of a success that we were the first 1C to be expanded to a year committee instead of a half year committee.

And you also have a relationship, right?

Yes! With a very nice blonde psychology student. Her name is Anna and she used to study AI as well.

Where are you from?

It is near Den Bosch…

Where do you live right now ?

In Nijmegen, together with my twin brother Timo.

Yes, it’s not very different from when we were living at home and next to that we are also good friends. There’s actually a fun fact about our names.

Originally our parents wanted to call us Timo Valentijn and Wessel Christian, but those names stand for TV and WC (Duchies use ‘WC’ as shortcut for ‘Water Closet’ which means ‘toilet’).  After that insight, they decided to switch the names to Wessel Valentijn and Timo Christian.

Why did you decide to study AI and why here in Nijmegen?

I had no clue what I wanted to study so I considered all kinds of studies all over the Netherlands, which let to my personal conclusion that all bachelors are boring and crappy. At some point I was scrolling thru a list of all bachelor and master programs of the Radboud and I found the Cognitive Neuroscience master. I decided I wanted to do that master and in order to be able to do that I needed to either have an AI bachelor diploma or a Psychology bachelor diploma. Obviously I choose AI.

Do you still want to do the CNS master?

Which course of the bachelor is your favorite one?

Programming isn’t really my thing and I liked Introduction to Brain, but that was a lot of hard work. I think it is Language in processing.

Which committees did you join this year?

I joined the DAtA last year and it turned out that organizing social drinks is a lot of fun. At last years LoL tournament the LoLCo asked the DAtA to help out with drinks and food and I really liked the event, so that’s why I joined de LoLCo.

Which committee is your favorite one?

DAtA and the 1C, we call ourselves the 3C now. And of course the BoyCo!

Next to BoyCo pratice, do you have any other hobbies?

I played soccer, but I quit after starting studying, I watch prof soccer a lot and I like Gaming and chilling out with friends.

Which games do you play?

When I’m on my own I usually play some kind of single player game, but otherwise LoL

Basically every kind of music, except for metal.

I don’t think I have one, but I CAN applause with 1 hand. (It is true, he showed me)

The classic ones: Robin Hood is the shit. And Keizer Kuzco.

If you could travel for free to any place on this world, where would you go to first?

I like travelling, but I don’t have a specific place I want to go.

What is the coolest place you ever went to then?

The United States. I saw the Niagara falls and Yosemity national park and the sequoia trees.

Something that cannot die or a panda bear in the tropical garden next to the boardroom in the Spinoza building.

Will CognAC stay in your heart forever (and especially the former chair of CognAC)?

Do you have any last remarks?

I liked being an AI*!