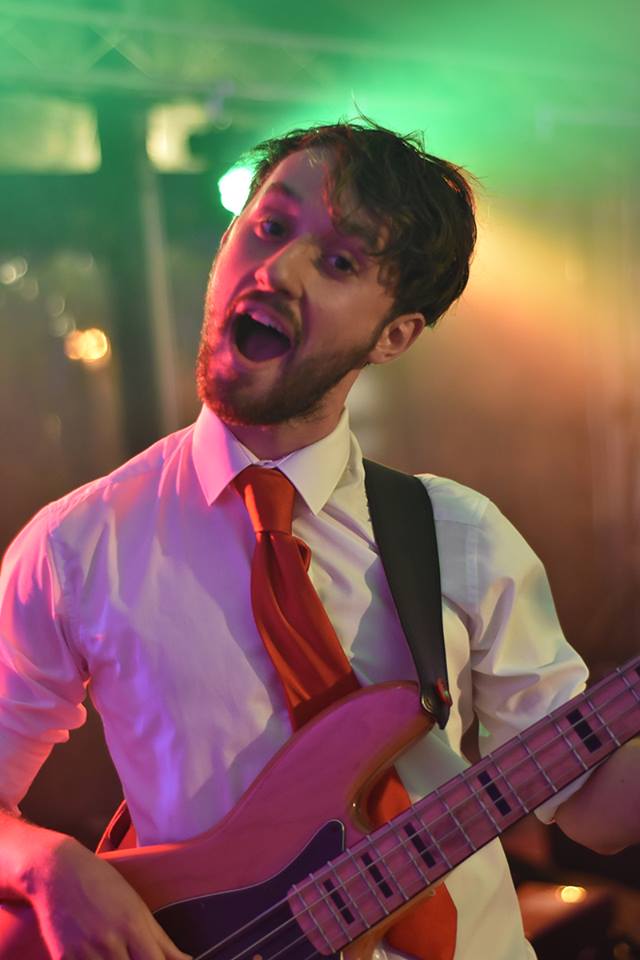 Tell me something about yourself. Who are you, where do come from and what are you currently doing?

I am Berend van Deelen, 22 years old, 4th year AI student and I was on the CognAC board last year. I have one sister, Maaike, she’s in medical school in Rotterdam. I come from Roosendaal in the Netherlands. I am currently working with the ‘Studenten Bigband Nijmegen’ in which I both play and write music for. Just the general hype.

Okay cool, so why did you choose to study AI?

I looked at Computer Science and Artificial Intelligence studies throughout The Netherlands. Early on, Groningen was out of the competition due to travelling time [3:30h]. Eventually, Utrecht and Nijmegen remained. Of all the Computer Science and Artificial Intelligence programmes, AI here in Nijmegen was the best. I found AI in Utrecht to be untechnical enough with a focus on language, philosophy, etc.

I like all the different aspects that are related to AI, especially anything related to (medical) imaging. I like the cognition part very much, but I also appreciate that AI is still a technical study, with for example all the programming. I do not really like logic all that much, but fortunately we don’t get that too much. Finally I like CognAC a lot, of course.

How have you been involved with CognAC so far?

I joined the VLC [committee that records activity with photo and video] when it was started, I was in the introduction committee some time ago and I was on the board last year as Chief of External Affairs.

Yeah it was amazing! It was really hard work but I also liked to expand my professional network. I wanted to look see how different companies operated because you might think all business are equal, but they all have their own way of doing things. Furthermore, working with umbrella organizations [e.g. Kompanio and Olympus], having meetings with them. I am critical in nature so I liked to criticize documents during those meetings.

Do you have a favorite memory about that, a story that you like?

[Berend has some trouble selecting a single story] If I had to select one thing, I would say it was receiving people with a cup of coffee and having a good conversation with them, just human contact. Writing an invoice is not something I enjoyed, except of course when you’re writing one for 2500 euros or something, but they’re mostly boring. Also, cooperating with other boards on activities, umbrella organizations was nice, especially Kompanio.

About Kompanio, how did you get involved and how was Kompanio formed?

The social sciences faculty had asked study associations to form an umbrella. My predecessors had already done some small things in preparation, but we, the boards of last year, actually formed Kompanio. There had already been a social umbrella organization before, but it failed so there was a feeling of ‘lol we can do this better #yolo’.

Do you have a guilty pleasure?

[Berend finds this to be a really hard question and takes a minute to think of an answer] I think that would be chickflick movies, romcoms like for example ‘white chicks’. I really like those.

Any idea about what you want to do after your studies?

I just want to work for a company, work in a team and build a product. I do not want to work full-time. The plan has always been to work 3 days a week in a part-time function and dedicate the remainder of my time to music. It doesn’t really matter to me in what sector I work in, what company I work for, as long as the product is something I can stand behind.

You mentioned earlier that you are in a big band, wat else do you do in your free time?

I’m in the board of advice for Kompanio. I also have a girlfriend who also likes to get some attention. I’m also in a small big band I’m also always working on some (personal) music related projects. Currently, I’m working on a score for a documentary, I played the piano recently for a Sinterklaas musical and I assist in recordings for my uncle.

You also did some fashion design in your free time, didn’t you? You made the CognAC blowout sweaters right?

Yes! Association clothing always looks as such, as committee clothing. I wanted to make something that looks more like normal clothing, like something you could’ve bought in a store. So I started with the three colour options: gray, green and cognac-red. Then I designed a print in an American style and the result was very good! The sweater has been a huge success, I see people wearing them daily.

So final question, what do you think would be a good pet for CognAC?

Ah damn, I could’ve given this some thought in advance. Let me think. I think a platypus would be a good match. We’re not a beta study, but we’re also not a social sciences study. Platypuses are also like that, they’re mammals, but also birds. [Lars and Berend have flashbacks to Phineas and Ferb]