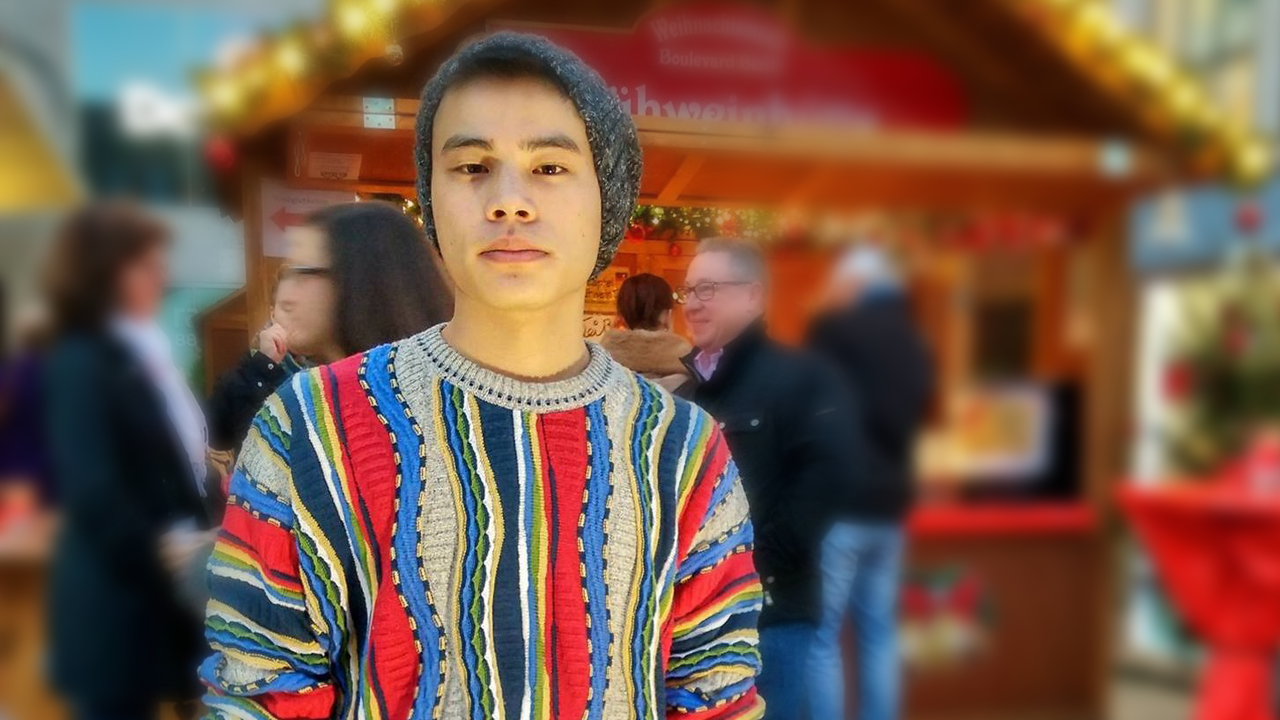 - What is your background? Where are you from?

My name is Samarpan Rai. I was actually born in India, in the hill station of India called Darjeeling. However, I was mostly raised in Kathmandu which is the capital of Nepal. I finished my high school in Kathmandu and afterwards studied Computer Science at the American University of Paris. Later on, I decided I didn’t like it anymore and came to the Netherlands.

- Your name is a unique name, especially to people in the Netherlands, do you want to comment on it? Does it have a meaning?

My only comment would be to put more effort to try pronouncing foreign names (like how we do with Dutch names). If not, just ask for his last name because it’s a much shorter name and people don’t have a problem with pronouncing it. “Samarpan” means dedication and “Rai” means warrior (in a very old ethnic language of Nepal). So according to the meaning of my name, I’m a dedicated warrior. (laughs)

- Did you experience a culture shock when you came to the Netherlands?

Yes, people here are super direct and got I ‘taken back’ by it. On top of that, Dutch people expect you to have your shit together. So whenever you did something out of the norm or showed signs of not having your shit together, they would sarcastically or negatively comment on your actions. One other culture shock I had was on food. India has so many spices in their food and Nepal has just as much as India. Because of that Dutch food (most) here is pretty much bland. I guess it's not a cultural shock but a fun fact: I came from a country up high in the Himalayas to a country almost, below sea level. Something about the idea of that is kinda freaky but interesting. Lastly, I find it pretty cool that people here bike everywhere they go regardless of the weather. The saying “No bike no life” is the motto!

- How did you find our AI degree?

When I was studying at the American University of Paris, I got the chance to visit Stanford University and there, I was introduced to the field of AI. I became interested in AI so dropped out of Computer Science and decided to find another university with AI. And I was looking for a university that taught Artificial Intelligence in English and Radboud was the only one I could find.

- What do you think about the city? Any favorite spots?

My favourite spot in Nijmegen are the Valkhof park and the Valkhof Museum. The bridge you see from the Valkhof park has a beautiful view with the Waal in the background. Plus, the park displays ruins from the Roman times and reflects the changes Nijmegen has been through. The museum tells the story of Nijmegen through time and exhibits the remains of Nijmegen during the Roman rule. Like how the chest plate looked like, what kind of pots they used, what was the economic activities was like etc.

- What are you planning after your bachelor?

For now, I want to do something with the things I’ve learned and try entrepreneurship. I’m interested in what I can do with it and see where I go. I have no plans on doing my Masters yet, but we’ll see in the future. The thing with AI though is that it’s definitely a booming subject and you can find out a lot from the internet, so maybe more opportunities will pop up for me from it.

- What Dutch words do you know?

I don’t know too much, but I know quite a bit. I know words and phrases like: gezellig, lekker, alsjeblieft, eet smakkelijk, hoe gaat het, waar kom jij, and ‘een bier alsjeblieft’. My favorite Dutch word by the way is lekker ding. ;)

- Are you active outside your studies? Any hobbies?

Well… I like to travel to new places for one. As for my hobbies, I like playing the guitar, cooking, and attending live music sessions. By the way, if you like live music too, then you should go to Dollars. They have open mic sessions every Wednesday. So if you can sing then that’s the place to show off your skills :)

- What do you miss most about home?

FOOD!! Our food is so spicy and full of flavor compared to the food here. But I am getting used to the cheese and mashed potatoes. Whenever I have Stamppot I just sneak in some paprika and lemon with some curry paste so the potato won’t be so plain haha. I also miss the people -- my people I mean, and the vibe we have around each other. I think we are more open-hearted and Dutch people are more open-minded. Both cultures could learn good things from one another. Apart from that, weather in Kathmandu is amazing compared to the Netherlands. No, Nepal doesn’t have mountains everywhere, only 15% of the land is actually the Himalayas. It doesn’t always rain as often as it does here and we have sunny winters, how hot is that! I regularly check the weather back home and Nijmegen and a few days ago it was 18 degrees back!

- Any last things you want to share: maybe some future exploring plans or any resolutions?

I have talked enough. Stay in school, don’t do drugs. *drops mic*