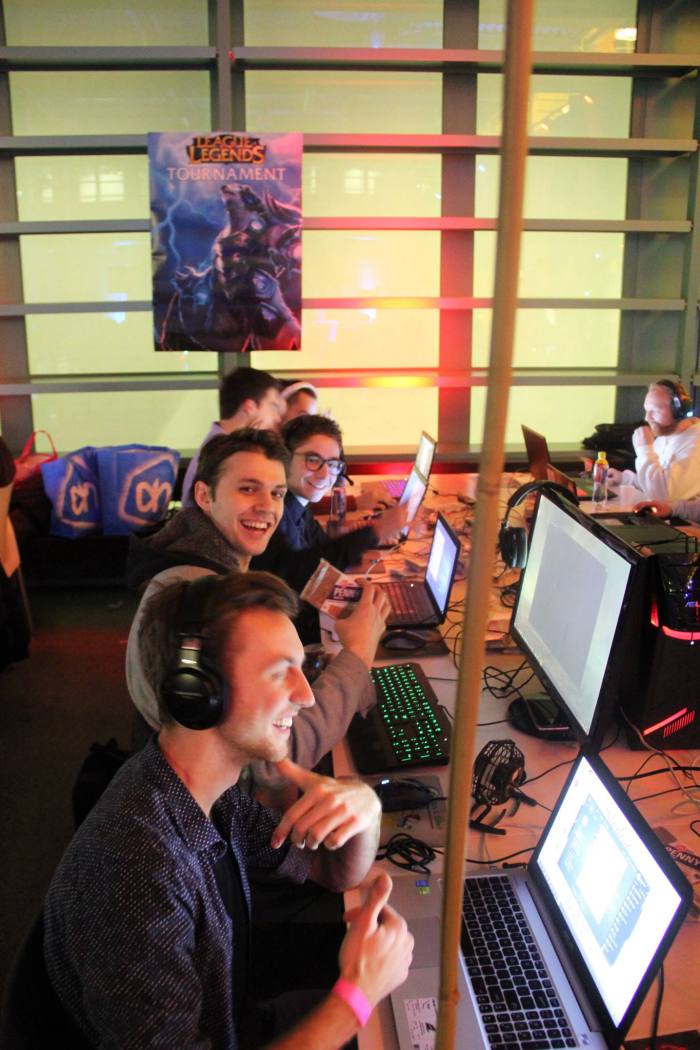 After a long, heavy day of lectures and being hungover, the highlight of my day finally began at six o’clock: the LCN 2018 (League of Legends Championship Nijmegen)! This game competition, formerly known as the CognAC League of Legends Tournament, is an annual event organized by CognAC (the best study association in the world).

If you are reading this blog post and thinking, “I have no clue what League of Legends is???”, watch the following youtube clip carefully: https://youtu.be/b556sdep9tI . If you already know all the ins and outs of LoL, you can skip it. Or still watch, do whatever you want, free country.

Before the tournament started I had no clue how League of Legends worked. I played a total of 2 games and lost them both, which of course didn’t spark any further interest in playing. My only other contact with the game was some of my roommates yelling League-related terms and insults at each other. At first, I didn’t think I would have a good time at the LCN, but I was wrong; I had a blast!

Because of my lack of knowledge, I decided to follow a group of friends/AI students that participated in the tournament. Their team name was Rick’s Infinite Universe. They immediately ran into trouble in their first game. One of their computers didn’t work and wasn’t fixed in time before the game was scheduled to started. The decision was made to play the game 4 vs. 5 and they won the game with a massive defeat, but because they started too late, they lost by default. This game was showed on the big screen and I learning a lot from my fellow spectators. It was also during this game I realized that the beer served there only costs 50 cents! It was the panacea that could cure my hungover.

Fortunately for Rick’s Infinite Universe, they had 5 working computers before the second game started. This game they dominated as well. One win and one loss, which meant that the final game was decisive whether or not they would continue in the tournament. Little did they know that their next opponent was of a whole other level. Rick’s Infinite Universe lead a horrible defeat and their dreams of wining the LCN were shattered. Their final opponent was The Scientific Approach, which ended second in the overall tournament. Although Rick’s Infinite Universe was out of the main tournament, but 2 side tournaments were also planned. An ARAM tournament and a Beerpong tournament. ARAM (All Random All Mid) is a game mode of League of Legends, the champions are chosen at random and the players fight in a single lane. Beerpong doesn’t need an introduction, but if you have been living under a rock since the start of your Uni-life, https://www.wikihow.com/Play-Beer-Pong, there you go! The festivities went on until 4 o’clock, but I left a 12 o’clock because I had an early morning lecture (Jeej!).

This tournament is not only fun for the competitors, but also tons of fun for the spectators. Next year I will be back for sure, maybe I’ll even compete. So, I hope to see all of you at LCN 2019, so you all can see me win. One game. Hopefully.