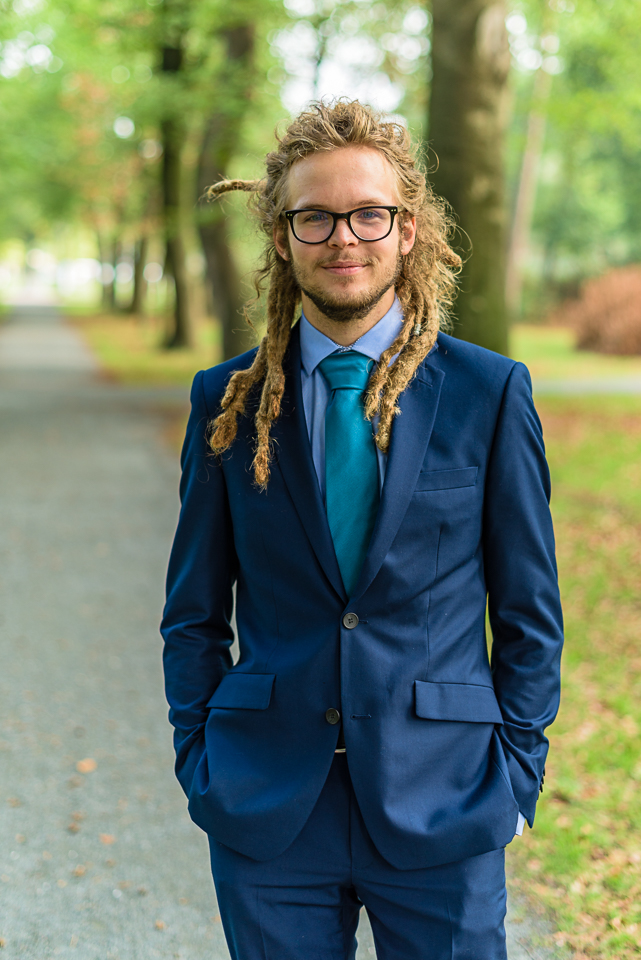 Although Pleun is well known in CognAC because he is the secretary of the board and he makes a lot of noise, the CogBlog still wanted to interview him to find out how his life is.  Afterall, it was almsot a year since his last interview (https://svcognac.nl/blog/46).

Hi, what is your name?

What are you studying?

I am studying Cultural Anthropology and Development Sociology.

I don’t think so.

Yes. When are we going to start?

The interview has already begun. Why did you decide to study AI?

It was my second choice. Before I started to study AI, I studied Chemistry in Amsterdam for two years. It is commonly known that chemistry causes people to feel miserable.

It just really sucks. Beforehand you think you will mix some stuff and something will happen. That was what I thought I would do at my study.

But you had chemistry on high school, right? Then you should have had an idea of what you were going to do?

True, but at high school it was fun. We only had to write down formulas. However, at university I had to learn about quantum mechanics and thermodynamics and I really disliked those subjects. It was really depressing, so I decided to quit. My second choice was AI and I wanted to live on my own.

Yeah. I am happy that you are here.

Why did you want to do a board year?

I was active in a few committees which I really enjoyed.

My first committee was the TraC. Last year I was part of DAtA, WkC, OrC and InC, as well as the DPC. I enjoyed doing all those committees, therefore I decided to do a board year. I was secretary of the WkC and TraC. Officially I wasn’t the secretary of the DAtA, but often Wessel did not show up at the meetings.

You wanted to be secretary of the board as well?

I didn’t really care what my function in the board would be, I just wanted to be part of it.

If you had to replace someone in the board by me, who would you choose?

I don’t want you to be in the board. Maybe we can create a seventh function for you. Something like Chief of Informal Affairs. Chief of bad jokes. Chief of Promo and then you must make all the posters, which you are already doing this year.

Haha you are funny. If you could set up a board with everyone in history, who would you choose?

I think that would be the case with every dead person.

True. But everybody knows Michael Jackson.

The people who lived before Michael Jackson don’t know him. But most of them are dead anyways so problem solved.

Jesus could be Chief of External Affairs as well. However, if you walk in a room and scream ‘I am Jesus’ everybody will think that you are crazy. I think I would choose Dzjengis Khan as chair. He is a good leader. Albert Einstein is smart, so he would be Chief of Education. And finally, myself as secretary!

How did you become a board member?

Actually, it is a really interesting story: I saw that I could apply and thought “I’m going to do it” and then I did it and now I’m in the board.

Wow you are a source of inspiration for me. Now something I have been wondering about for quite some time. How did you look before you had this haircut? I guess you were handsome.

I used to have normal hair, then I decided to dye my hair black and white and later I decided to shave all my hair except one strand of hair.

Do you like being the most recognizable person in CognAC?

Pleun starts showing pictures of his past haircuts, but he has some trouble with his phone.

After two minutes Pleun answers the question I asked

I get recognized by almost everybody. It often happens that people say ‘Heeey’ and that I don’t know them.

I have the same problem. Perhaps people remember us because we make so much noise all the time?

Yes, in your case it is.

My sources of information told me you were a vegan, then turned into a vegetarian and now you are vegan again. Why?

I was vegan and then I was vegetarian for a while but now I am vegan again *Perfect answer Pleun. Thanks.* I became vegetarian because I was weak. It started with Vitaaltjes from the Febo. But cheese is very good as well.

What is your favourite kind of cheese?

What was your favourite kind of cheese?

Before Pleun could give an answer, I started to talk about my own cheese obsession

Yesterday I bought goat cheese with honey in the cheese itself. And last week I wanted to buy old cheese, but I accidentally abought young cheese and I hate young cheese.

Those are terrible moments in a life.

By the way, do you want a pink glazed cake?

No. But I think my favourite cheese is mozzarella.

I disagree. Mozzarella is boring. Do you have a good vegan recipe for me?

I never use recipes when I am cooking. I just throw some food in a pan. I eat a lot of Hummus. Recently I made a vegan kapsalon.

I have a good idea for a zombie move. Instead of humans turning into zombies, all the plants will turn in to zombies.

If all the plants are zombies, I will start eating...

Pleun could not handle my stupidity anymore, so we took a break

I will continue with the recipe for my kapsalon. First you have to put fries in the oven.

You look like someone that would eat sweet potato fries.

I will take that as a compliment. Then on top of the fries you put vegetarian shawarma and I made vegetarian cheese sauce. You start by making a roux.

The roe from Sinterklaas?

No, you can make a roux by melting vegan butter in a pan and add some flour, which will form into a ball. Slowly you add some milk and mustard, salt and yeast flakes, which taste like cheese. If it is finished, you can put it in your kapsalon. Then you have to add some mayonnaise with chili.

But mayonnaise is not vegan!

You should explicitly say that it is vegan, otherwise my readers won’t understand it.

It is vegan mayonnaise. This was my recipe!

Which courses do you follow besides your board year?

I am doing Computational and Formal Modelling, Data Mining and Language in Progress.

Yes, I do. I spend much time on every course to try to fully understand them which makes it more enjoyable to do the courses. Last year I made the exercises without fully understanding it, but this year I want to understand everything.

What topic do you have for the data mining project?

I have heard you like music and you have many talents. Which instruments can you play?

I used to play the saxophone, but I quit because I got bored of it. I could have gone to the conservatorium if I would have tried harder, but I did not want to work with music because many musicians don’t earn enough money while they work a lot. And I like AI and I could get a nice job and make some music next to my job.

Do you have any other hobbies?

I like climbing and bouldering. Bouldering is climbing but you are not connected to a rope.

So you can die?

Yes, you just die. No, it is only two meters high, but it is more intense than normal climbing.

Do you have a nice question you want to ask to Pleun?

Niels: Mmm. It is posted on the CognAC website, right?

Niels: Then I’m not sure if I have a question for Pleun.

Niels: What is the best birthday present you ever got? And when are we going to shave your leg hair?

Niels: I have no shave equipment with me.

Just use a lighter.

We start telling stories about the stupidest we did in our lives, but those are private. Pleun and Niels were laughing at me. It is a famous story about my chin. Most people will know it. They are still laughing. Niels starts telling about when he poked his fingers in a wall socket in an attempt to fix it. Pleun’s story was about throwing a rock through a window. Niels wants a pink glazed cake. I ask if Pleun wants a pink glazed cake again. Finally Niels leaves. Once more I ask if Pleun wants a pink glazed cake. Once more he rejects me. Finally he tells me that is not vegan, so I don’t have to ask it again. After a long conversation which is not interesting enough for the interview, Pleun finally knows who he would replace in the board.

I have tried to fire Nick multiple times, so you can replace him. You would be a good Chief of Education, because you study. No, I like everyone in the board and I am really glad that I can share this experience with them. Shout out to the board!!

[1] Pleun explains what a Vitaaltje is in his AI* interview of last year.