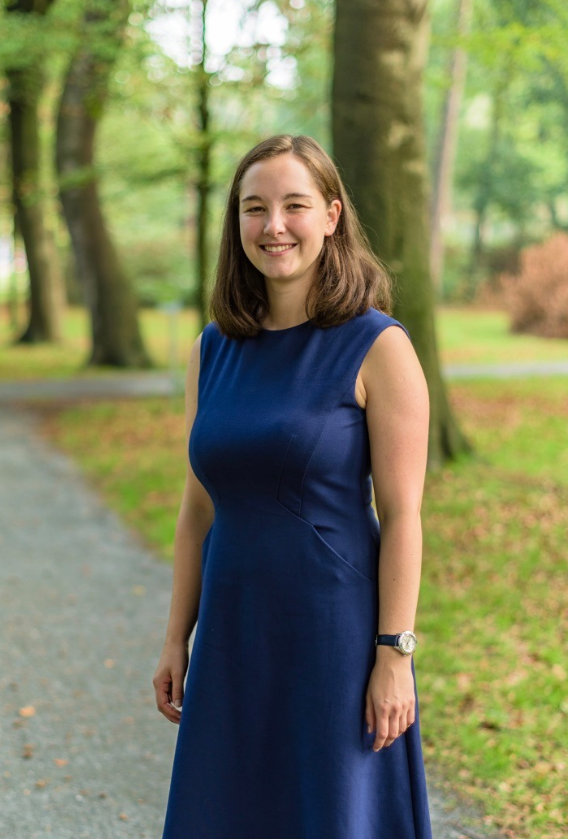 Finally, a new episode of Board Interviews. This time, it is Francesca's turn to be interviewed. Read all about her position in the board and her life next to it.

That will be hard to write in the interview, damn it! Can you introduce yourself in one sentence and include a fun fact?

A fun fact…. there is nothing fun about me….
*long silence because Franci is thinking…. Imagine cricket sounds…*
*3 hours later*
I’m Francesca, I’m 21 years old and-
*more silence*
I guess…. I have no idea, what kind of fun fact you mean.

Oh, I have a lot of weird habits… For example my roommate told me that always when I’m eating, I’m squeezing my eyes together and I didn’t know that.

You don’t wanna see your food or why?

What is your position in the board?

I’m the Treasurer. I get money from people and I pay money to people!

Yeah, It is quite some work but no hard work, it just takes a lot of time. But it’s fun! Because you can always do different tasks, talk to people and such.

That’s nice! What was the largest amount of money you’ve spent for CognAC?

On Friday I booked the Sweden tickets, so we spent like 3500€ for that. I’m always so nervous when I book flight tickets and when there is such a large sum involved I was like- Please let it be correct!

Why did you join the board?

I wanted something to do next to my studies. I really enjoy my studies, I think AI is top, but I liked to have some extra challenge to it and really get to know how CognAC works. We don’t have study associations in Germany, so I thought „This is so cool, I want to know more about it!“

Yeah it is. Why did you choose treasurer?

My first choice was actually Chief of Education but then in the end the BAC (Board Application Committee) put people together and my second choice was treasurer so they thought I was most suited for that. So thas how I ended up being treasurer.

Are you in other committees as well?

Yeah, I’m in the SC, so the Study Committee, and I’m in the OrC, because I’ve always been a mentor but I’ve never helped organizing the orientation week and I think that’s cool. I’m in the SymCo, but just as advisory member. I’m also in the Board Application Committee. The BAC has the interview with the new board applicants, I think it’s just interesting to read through the motivation letters and experience the interviews from the other side.

What did you have to do in the interview thing?

Well, you wrote a motivation letter so the interview was very much based on that. They asked you questions like „I read in this letter that you want to do this and I read that you want to apply for this function- Why you?“

Yeah sounds kinda hard but it’s all right. What has been your favorite part of the studies so far?

I guess my favorite part of the studies is CognAC because you get to know so many people, that’s really nice. I like the experience, to study with everyone together instead of being just on your own.

Nooo and I tried to keep it a secret with my perfect Dutch skills!

Where are you actually from?

I’m from Germany, from Dresden. It’s in East Germany, a bit between Berlin and Prague.

But your first name is not German..

No, it’s Italian. It’s because my parents have been living there for some years but then they actually returned to Germany because I was born. They didn’t wanna get me there because of the poor hospital conditions. I was also very sad because I wanted to have my ID birthplace in Italy, that would be cool.

Yeah you could also have two passports… What do you think are the differences between Germany and the Netherlands? Like living wise, but also Uni and people…

I think there are actually quite a lot of differences. So I think Dutch people are very direct and very open. I feel like we Germans are more closed up. I don’t know, I always feel welcome, everyone is very open and everyone talks a lot. And I really like the cycling! It’s just fun to always cycle everywhere together. Also I like the structure of the study here. What I heard from my German friends is that the studies in Germany are very theoretical so you have some time where you just follow lectures and then you have exam period. So during the lecture period you don’t really study… at least not a lot of my friends. Later you have a lot of stress during exam time to catch up with everything. I feel like I’ve learned so much here because it’s so practical and that’s what I really like about studying in the Netherlands.

Did you always wanted to do AI?

No, after Highschool I did a year abroad in Italy. I was just working there and reading an article about AI and I thought „Oh that sounds fun!“. So I googled for AI studies, the first tip was Radboud University and so I just signed up for the study.

Would you rather live in Germany and have this study or live here? If both studies were the same.

That’s a hard question… You know, the last time I lived in Germany was four years ago and then I went to Highschool and that was a very different lifestyle. Right now I would say, that I would just stay here. I like the challenge of having another language around and getting to know a different culture but also I was thinking about doing Erasmus in Germany because I just wanna know how it is to study in Germany.

But there is no AI in Germany…

No, there is not. But there is Cognitive Science in Osnabrück. So I guess you could go there.
*starts talking about some AI department that opens up in my home city until we get interrupted by some lady advertising a strike*

What’s your favorite field in AI?

I think data science. I really enjoyed the data mining course and now I’m taking some electives in data science direction, so I think that’s pretty cool! … you know all the psychology parts are really interesting but it’s very much in depth and I’m always asking myself „What do I need all this knowledge for?“.

Yeah… I also had my problems with CogPsy… I was gonna ask something but I forgot. Do you have any hobbies?

I like to play volleyball. I actually signed up for Heyendaal… That’s a funny story: I signed up for Heyendaal but there is a waiting list so I had to wait for so long to get invited to a training. In the beginning of this year I finally got a spot but at the first training I jumped and landed on someone with my foot and I sprained my ankle… So then I got thrown out again…

Now I’m basically waiting for my ankle to get better so I can join again. This is so ironic, why did this happen?

Did you play volleyball in Germany?

I tried a lot of sports in the sports centrum. I tried out basketball, tennis and I squash.. And I really like squash, so sometimes I just go with a friend. And
I tried out dancing, that failed!

Oh! What type of dancing tho?

Can I see some moves?

I don’t have moves, that’s the problem. I’ve actually danced in Germany but it’s such a long time ago. I went there with Isabel and she was so good and signed up for B and I thought it should be fine… but it wasn’t.  My other hobbies are very basic like meeting with friends. I also really enjoy to read books but there is already a lot to read for the study so then I do not have a lot of motivation left for reading more. Right now I’m reading Harry Potter.

Wait for the first time??

I know… but I thought it was too scary when I was younger, so I didn’t read it then.

I mean that’s reasonable but also eh…. What book are you at right now?

At the fifth book…

Is there anything else you would like to tell the people of CognAC?

Hmmm, apply for your board year and gain experience! Yeah that was everything. And shout out to my other board members, love them all!